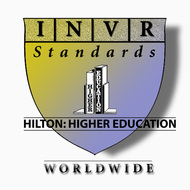 The below excerpts were summarized from The Boulé Journal article and from Vol 4, No. 1 (2012) of the Journal of Unabridged Genius.

First of all to anyone directly affiliated with the nation's historically black colleges and universities, congratulations on getting the attention of US News & World Report, one of the world’s premier publications. This is just more validation that our communities are major intellectual players and economic consumers.

The reaction, since 2007, to the publicity and exposure should give the overall HBCU enterprise a marketing boost. However, the long term results of the next 2-3 annual “best black colleges” installments may likely lead to less than stellar results based on five reasons.

Finally, this is not about questioning the credentials of the USN&WR researchers, but rather about understanding the sometimes uneven nature of statistics, and what can be done with them; you know, “lies, damn lies and statistics.”

The good news is that many prominent leaders and decision-makers are now also monitoring this annual rankings phenomenon. I know I will continue to do so while also continuing to promote HBCUs and all academic endeavors, including predominately white institutions (PWIs) in the USA, and all others globally that further re-empower our communities worldwide; from Boston to the Bahamas, and from Hawaii to the Real HU.